In response to COVID-19, Pastor Tullian will be on Facebook Live beginning Sunday, March 22nd. Read the Pastor's Update and watch the Video Update.

A sermon delivered by Tullian Tchividjian on 2 Corinthians 8:1-9.

Encouragement to Give Generously

We want you to know, brothers, about the grace of God that has been given among the churches of Macedonia, for in a severe test of affliction, their abundance of joy and their extreme poverty have overflowed in a wealth of generosity on their part. For they gave according to their means, as I can testify, and beyond their means, of their own accord, begging us earnestly for the favor of taking part in the relief of the saints—and this, not as we expected, but they gave themselves first to the Lord and then by the will of God to us. Accordingly, we urged Titus that as he had started, so he should complete among you this act of grace. But as you excel in everything—in faith, in speech, in knowledge, in all earnestness, and in our love for you—see that you excel in this act of grace also.

I say this not as a command, but to prove by the earnestness of others that your love also is genuine. For you know the grace of our Lord Jesus Christ, that though he was rich, yet for your sake he became poor, so that you by his poverty might become rich. (ESV)

Click the following image to download and print out the Pledge Card. If you have any questions about our church or Embark 2020, feel free to email us at thesanctuaryflorida@gmail.com. 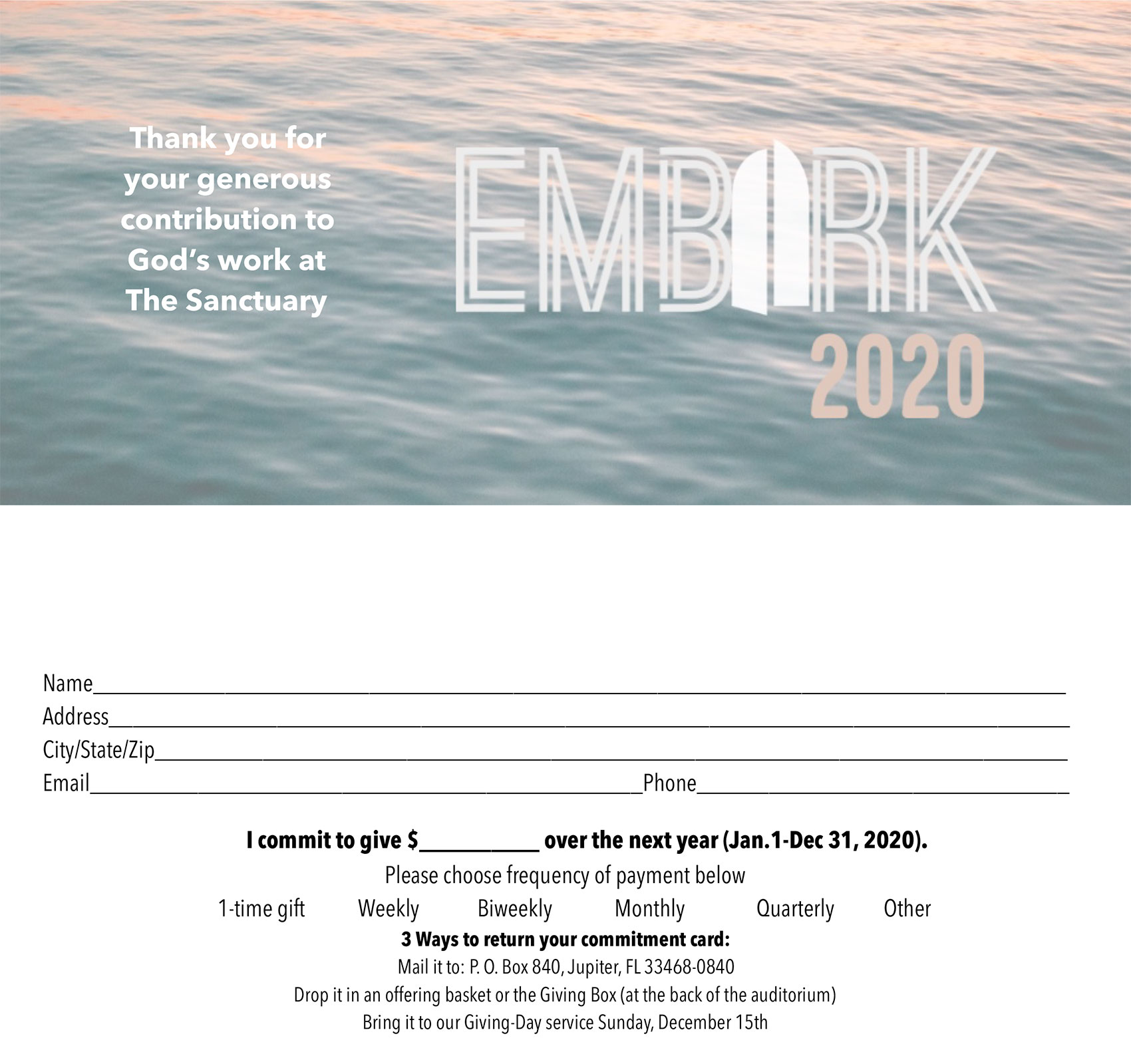 A Service of Lessons & Carols